Andry (aka Andry1961) from Estonia is a special postcrosser: over the past 7 years, he has mailed postcards from over 30 different countries! Before the Travel Mode came along, this was not a very easy task… but his diligence and determination to get those countries on the map were part of the inspiration behind the new feature.

For years, we’ve been fascinated by Andry’s many travels around the world, so this spotlight interview was long overdue — come meet a globetrotting member of the community! :)

How did you discover Postcrossing, and what made you stay?

I have always spent a lot of time in post offices sending postcards to my acquaintances. One day, my girlfriend sent me a link about Postcrossing and told that this might be something that interests me. That was true! It was very interesting to meet other people who shared the same interest to send postcards, to receive them, to choose them, to explore the stamps from different countries and of course the label “par avion”.

When and how did your traveling adventures around the world start?

I have been interested in collectibles since the early days of my teenage years. As the collectors gatherings happened all over the USSR, it led me to travel alone to Riga (Latvia) in 1974 when I was just 13 years old, then to Leningrad (now St Petersburg) in Russia, after that to Chisinau (now part of Moldova) etc. Since those days, I have already visited 115 countries of the 193 member states of the United Nations. What are your favorite countries so far (if you can choose) and why?

Countries where I want to go back again and again are Australia and USA. To rent a car there and to just drive and stop in places which are really famous or maybe places that I have never heard before. In Estonia, where I live, you can drive 3 hours maximum and then you meet the state border.

One of the most valued travels were to Antarctica (I went there in 2009 with research ship Akademik Ioffe), to Ushuaia (southernmost part of Argentina) and I especially value a travel to Iraq.

We traveled to Iraq in November 2012 with a small group of 13 people from Estonia, going to Bagdad, Samarra, old Mesopotamia, Karbala, Najaf and Basra. We did not come across any other tourists there, but there was a lot to see! The locals asked us to pass on a message: “It is safe here, we are waiting for tourists!”… but just half a year later it was impossible to travel there. I also sent some postcards to postcrossers from there. I was supposed to send one postcard to Israel, a country that you couldn’t even mention in Iraq, much less send a postcard to. I wrote the address as it was, but instead of Israel wrote Ireland as the country name. I guess they figured it out in the post office in Ireland, as some time later the postcard reached its Israeli recipient. Great thanks to them!

The visiting of Iraq post office was also a very special. Although they assured us it was safe, they did not allow us to go anywhere alone without an escort. So, they organized a visit to the post office for the whole group because of my passion, with an escort of 12 soldiers and two local guides. :)

What’s your favourite part about visiting a new country? Is there anything that you do in all the countries you visit?

Visit a post office (and I’ve been doing this since the age of 13), go to a market and if possible, use some form of local public transportation. This year I have plans to visit Andorra, San Marino, Saudi Arabia (If I get the tourist visa) and Columbia. In the first half of the next year I plan to visit 7 African countries located along the gulf of Guinea. And of course, the neighboring countries of Estonia, including attending some meetups nearby.

Pirjo is 29 years old and lives in the lovely city of Tallinn, capital of Estonia. She got hooked on Postcrossing when her baby was born and now, she collects stamps and postcards of her favorite farm animal (cows), and chats with other Postcrossers on a daily basis.

In the end of 2006 I read in a newspaper a small text about Postcrossing. I like to collect everything so I was right away very interested about it. I registrated myself and took one address, but I must sadly say I didn’t send this postcard, I didn’t have much time then.

In April 2007 my son was born and I stayed at home and rediscovered Postcrossing and started to send postcards out and I loved it. Soon I went to Postcrossing Forum where I met a lot of great postcrossers and started to swap and tagging :) That was lots of fun! And I must say that I made some great friends with whom I talk everyday at MSN messenger and by e-mail.

During Summer I go rollerskating everyday and I love it.

My postoffice and where I keep my cards. 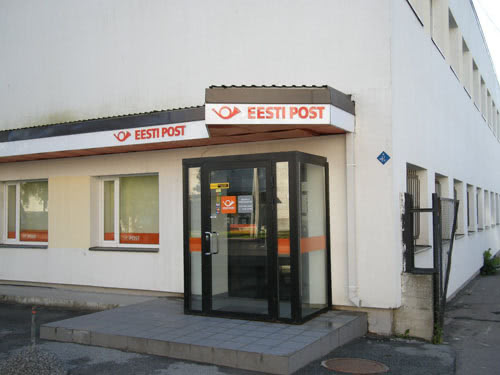 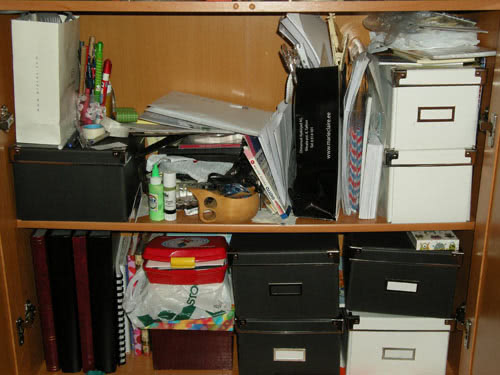 That’s a very hard question :) My all time favorite postcards are with cows and here is my collection.

When I was 7 years old my first working place was at a farm. My grandmother had a very big farm, I was herdsman and had to wash cows. Before, when I was 2 years old, all my lunch naps where at the farm :). So, I’ve been around cows a lot :).