Zmrzlina, in Pennsylvania, kindly hosted the intrepid mail carriers on their adventures in Pittsburgh. And what exciting days they had, filled with zombies and Andy Warhol… read all about it below!

Little Ana and Paulo started their visit to Pittsburgh with a visit to Pamela’s Diner, in the Strip District. The pancakes here are quite good, as US President Obama will attest. Paulo would have liked a second helping, but we had lots to see, so he took one last bite and off we went. 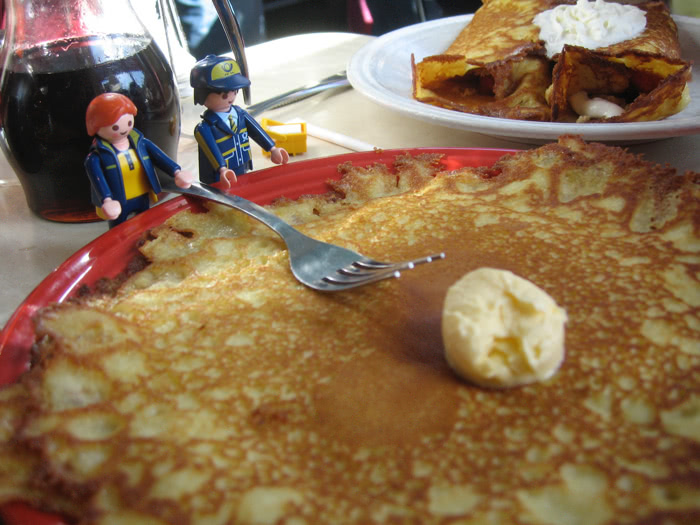 We did some window shopping in the Strip District, a former warehouse area that is now the home to ethnic grocery stores, funky arts and lots of street vendors. We found one vendor selling tiny little journals, perfect for keeping track of journeys. 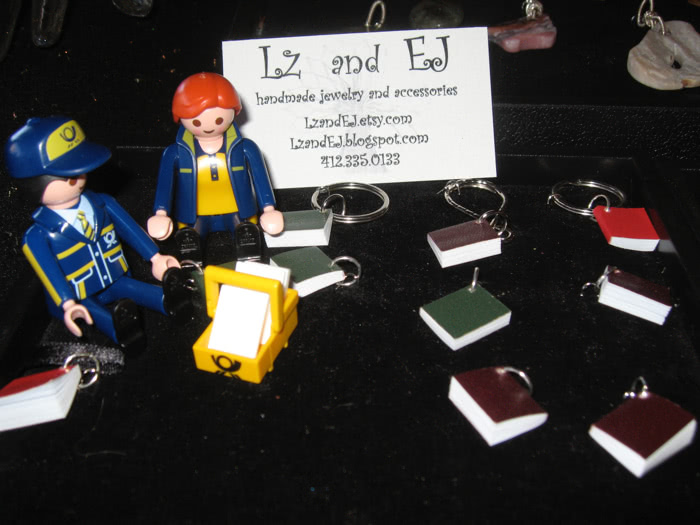 Pittsburgh is known as The City of Bridges. There 446 bridges in the city and some of them are beautiful works of steel and magic. Three of those bridges, sitting side-by-side, are called the Three Sisters Bridges. They are each named for a famous Pittsburgh resident: Rachel Carson, the early 20th century environmentalist whose writings started the worldwide environmental movement; Roberto Clemente, Puerto Rican-born baseball legend whose charity work helped millions; and Andy Warhol, pop art master. 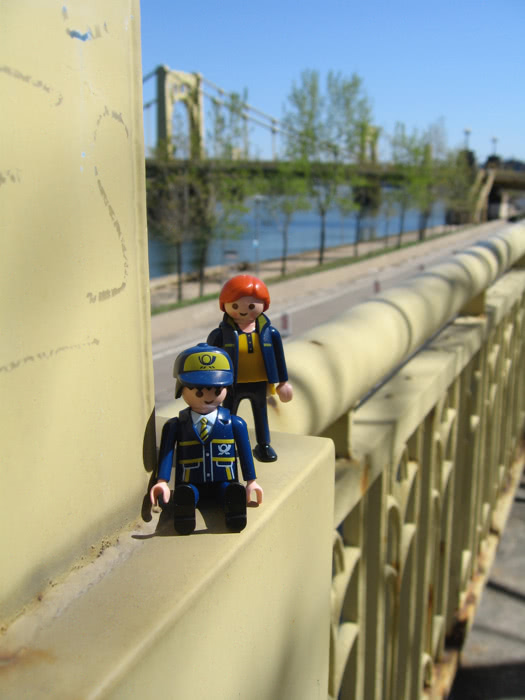 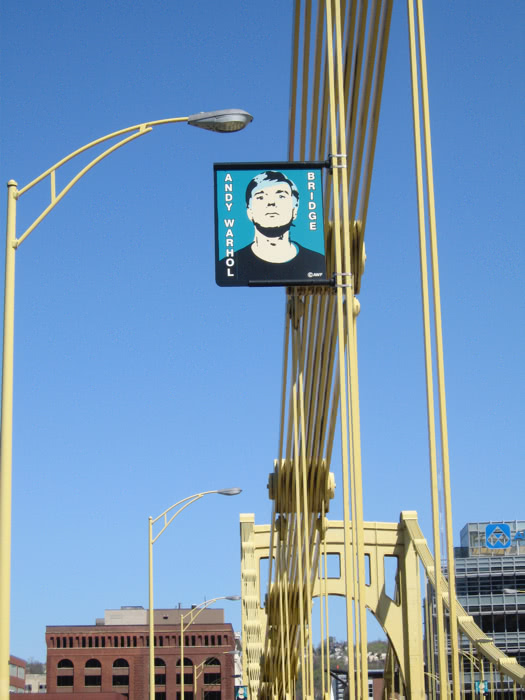 We took a walk over the Andy Warhol Bridge and visited the museum dedicated to his art. It is the largest museum in the US dedicated to one artist. The postcard selection is quite wonderful, though a bit pricey, and Ana was quite taken with the Campbell Soup pen, though we convinced her it was a bit too weighty to travel the world. After a photo session with Andy, we were off to see more of the city. 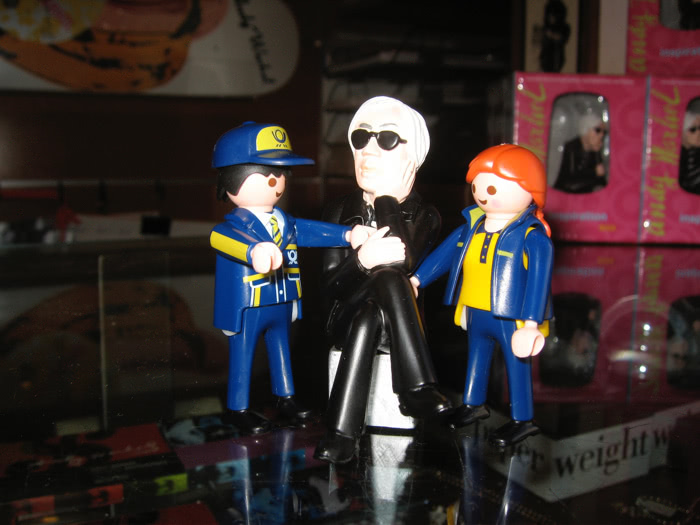 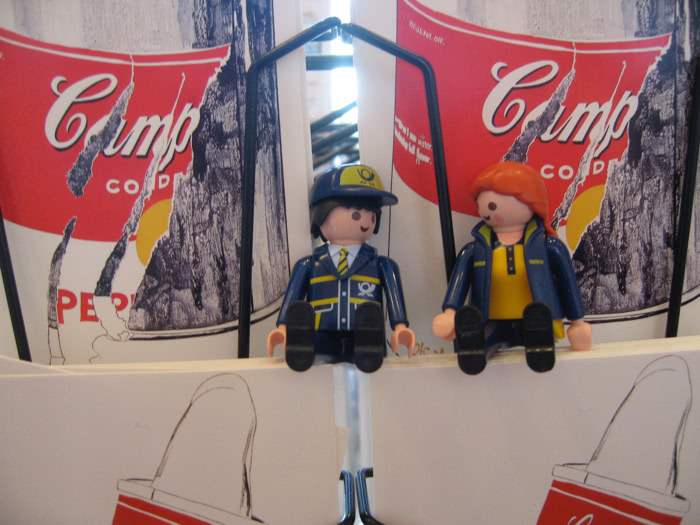 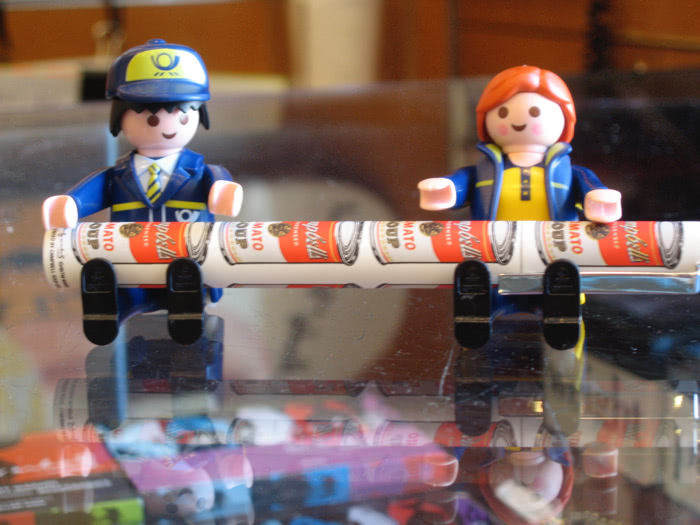 Pittsburgh has three major league sports teams: Pittsburgh Pirates (baseball); Pittsburgh Steelers (American football); and Pittsburgh Penguins (hockey). A huge statue of Roberto Clemente is just outside the baseball stadium, PNC Park. Paula and Ana look even tinier sitting on his hand! We were also able to get right up close to the park for a glimpse inside. 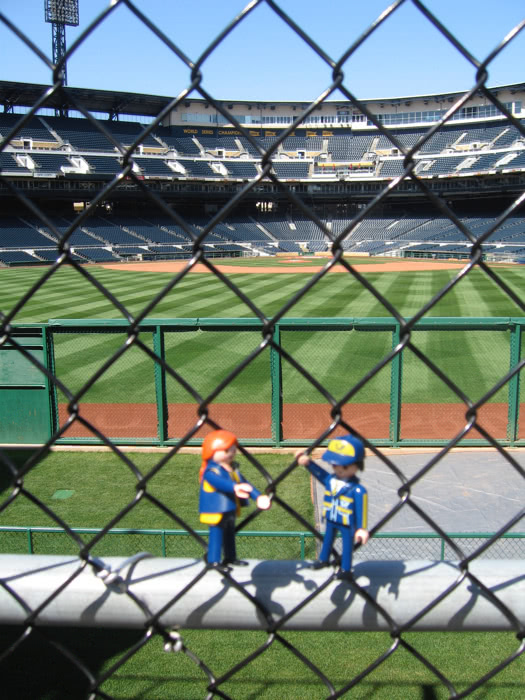 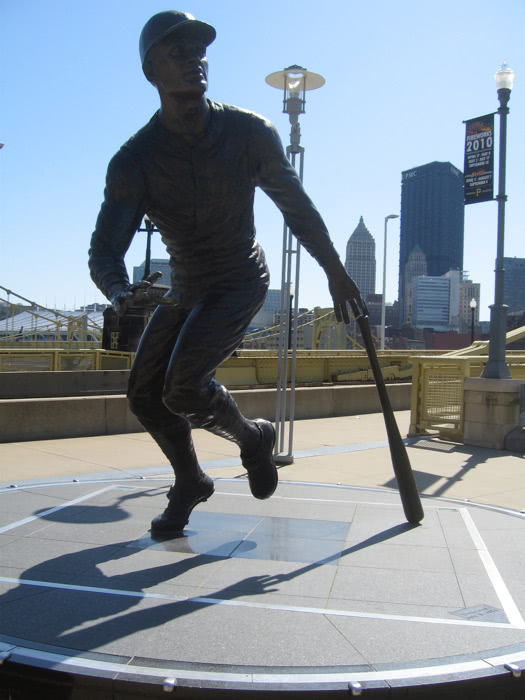 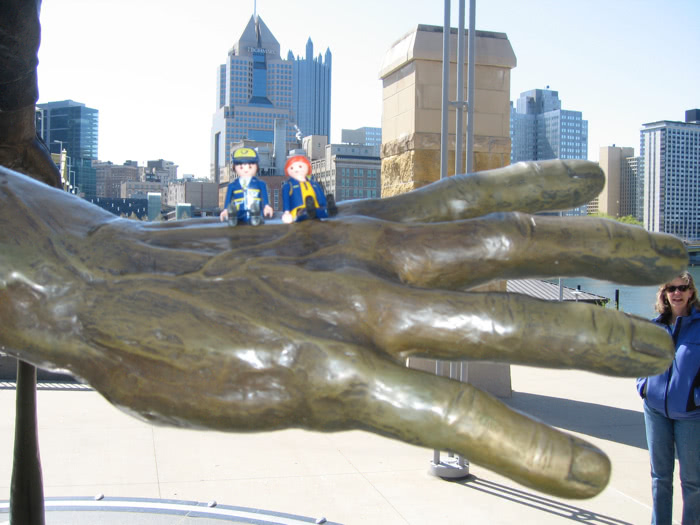 On our way to the football stadium we visited another Pittsburgh legend, Mister Rogers. Fred Rogers was the creator and host of a long running children’s television series called Mister Rogers’ Neighborhood. He was a very gentle man with a huge heart filled with love for everyone. 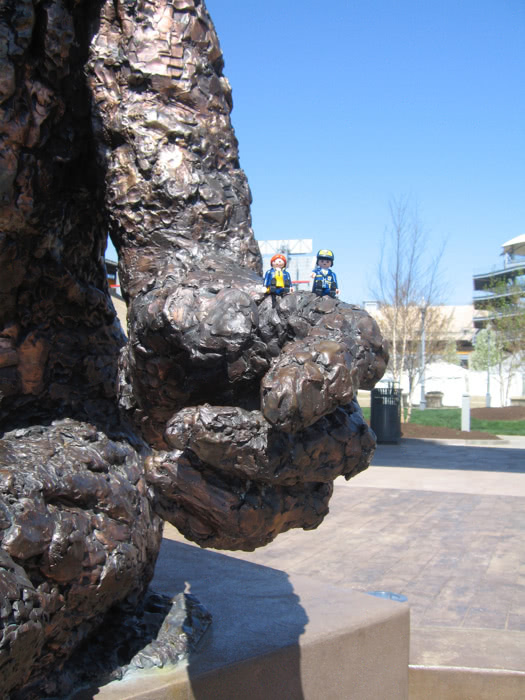 After all that walking we decided it was time to visit another area of town and drove over to Phipps Conservatory and Botanical Garden. Paulo and Ana were quite fascinated by the extensive bonsai collection and charming miniature railway displays. While posing for a photo, a train engine bumped Ana and she went for a tumble, but have no fear, we were right there and caught her. 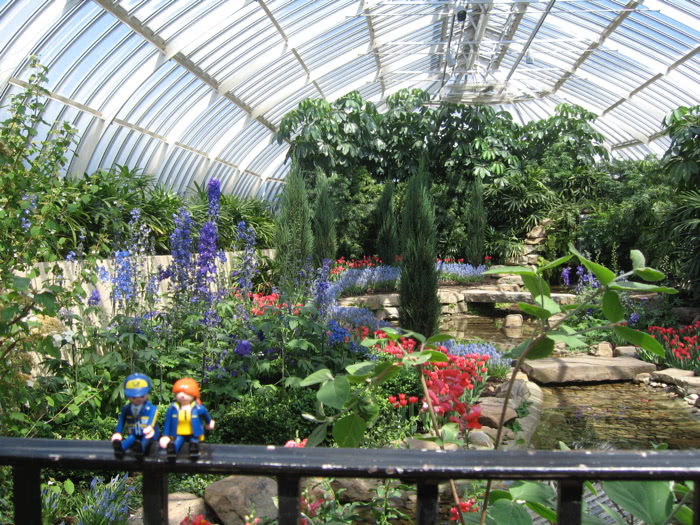 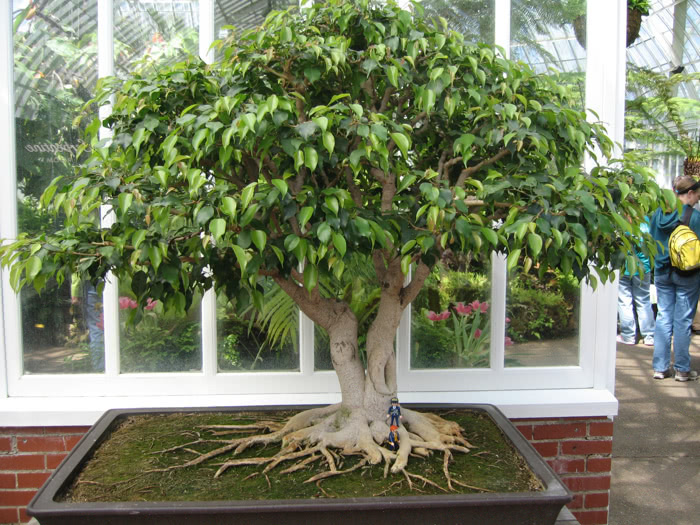 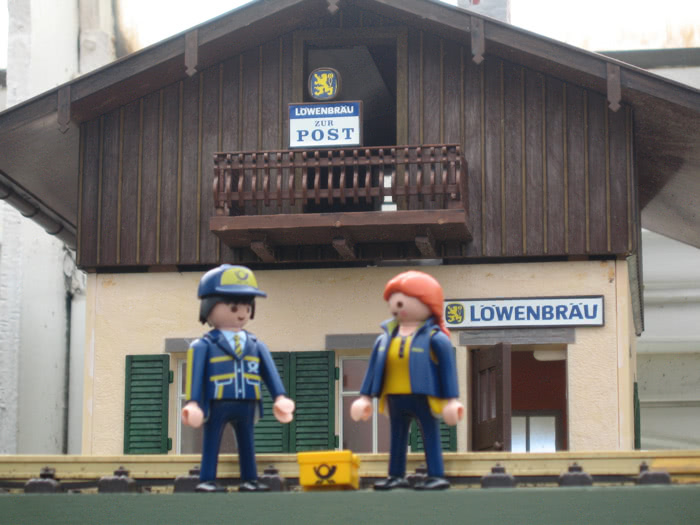 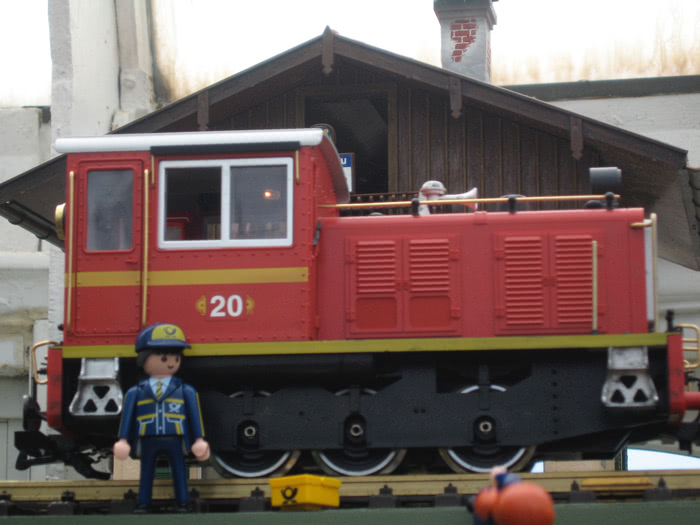 For a final view of the city, we went up to Grandview Avenue, one of the best places to see Pittsburgh. Paula and Ana enjoyed the overlook, as well as the ride on one of the two remaining incline trams in Pittsburgh, the Duquesne Incline. 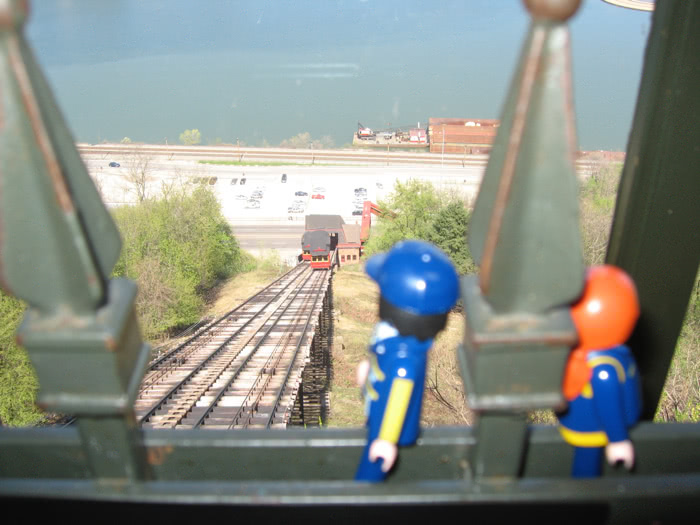 Our last stop was a bit outside the city. We went to the Monroeville Mall, famous for being the setting for George Romero's zombie movie, Dawn of the Dead. Paulo and Ana enjoyed the Zombie Museum at the mall very much. Quite kitschy, but fun. 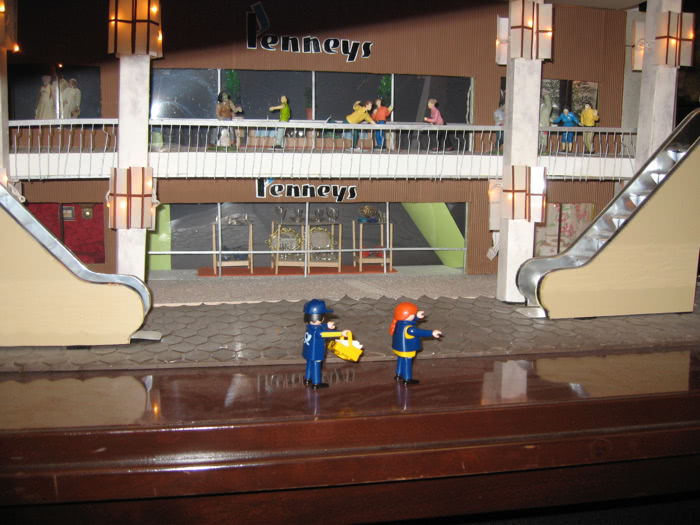 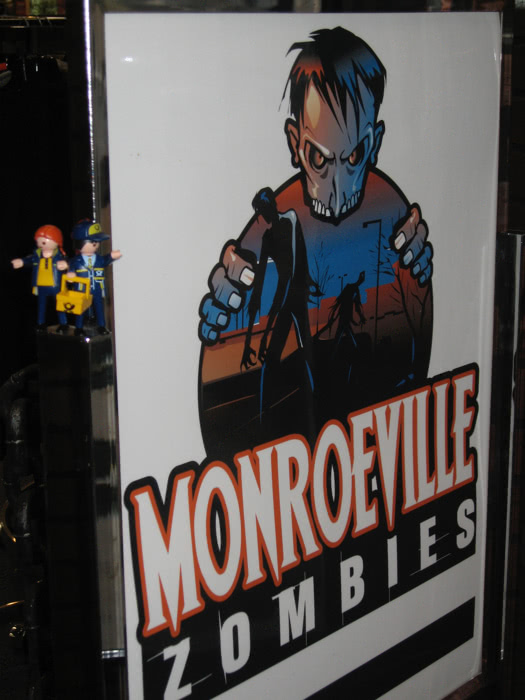 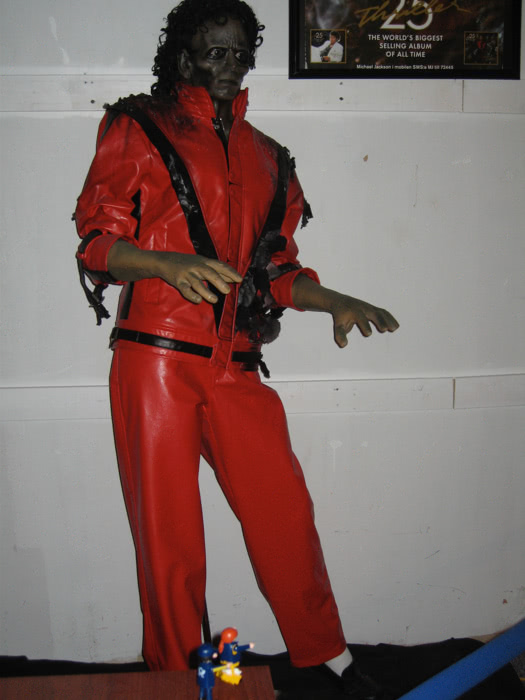 Such a busy day, and lots of new adventures ahead. Paulo and Ana spent the evening helping Zmrzlina with her Orphaned Postcard Project, and the next morning they posed for a picture inside Zmrzlina’s cute mailbox. 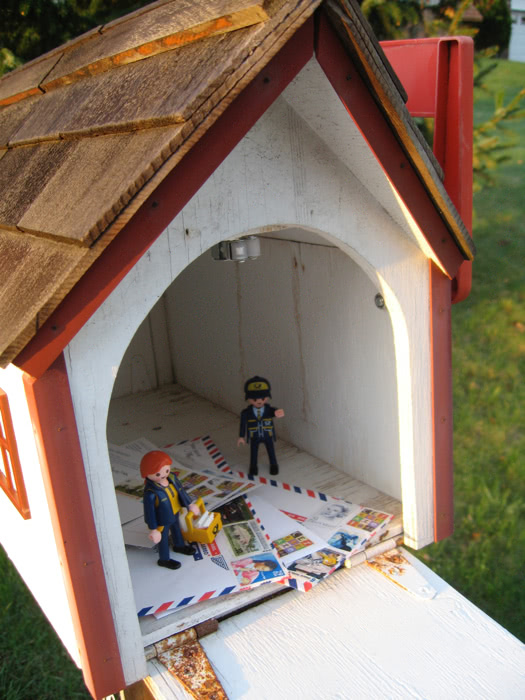 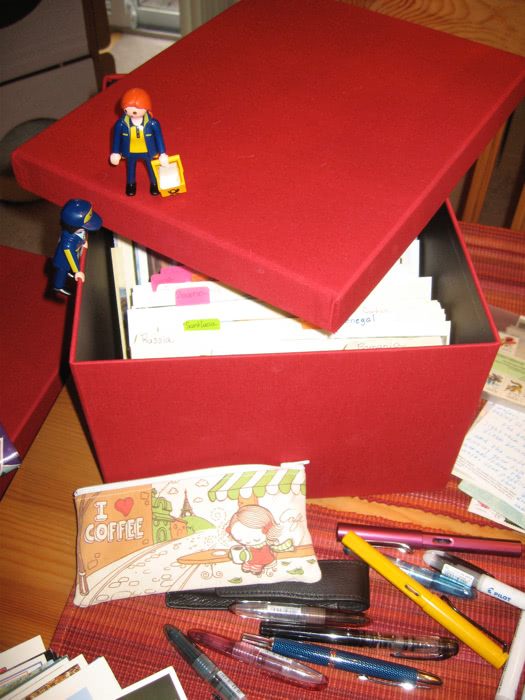 Pittsburgh was so much fun! Where will the little mail carriers go next? :)

PS – Missed their previous adventures? You can follow their journey around the world here.

Thank you Ana and Paulo for allowing me to host these charming travelers! I've got full-size photos of the trip on my PostMuse Flickr page at;

oh my goodness! This was fantastic to read and I loved the pictures. Bravo! I really want to take a trip up there now and see all the things they saw!
Posted by Blogger on 23 May, 2010

Congratulations Bonnie! What an adventure for Ana & Paolo. Too bad the Train display @ the Science Center is over for the season. But, the bonsai @ Phipps is awesome!
Posted by Roz1025 on 23 May, 2010

I am amazed at how many things were their size and made them fit right in. I am enjoying seeing their adventures. Any chance of a map showing their current (and previous) locations as they travel around the world?
Posted by mundoo

Bonnie, looks like you hit all the good spots. :) Thanks for doing such a nice job showing off our pretty city!
Posted by kirbird

I thoroughly enjoyed reading the journal of this TREK...it was so cleverly worded and illustrated that I vote that it should be made into a "book". It was rude of the little figures not to finish the delicous breakfast, though. Thank you for the well alid out details and humorous fotos. TREK on!
Posted by moonlessnite on 24 May, 2010

Looks like they have a great time!
Posted by arewenotman on 24 May, 2010

Hi Bonnie nice hearing from you again I"m enjoing seeing their adventures as well. Thanks for sharing. Earney
Posted by Earney on 24 May, 2010

Great reporting! I really liked their photo opp with Andy Warhol! lol Mundoo's idea of a map following their adventures would be really cool! And a book would be a neat idea too - I know some children who would love to learn about the world through the "Adventures of Ana and Paulo". :-)
Posted by Lori45P on 24 May, 2010

Wonderful! What really awesome pics too! What a view from above that is!
Posted by Mama-Bear

Great job of hosting - what wonderful photos and a great read and lesson on your great city.
Posted by Cardiffgal

It seems little postman and postwoman really have fun on each of their journey. Nice to follow their tiny steps!
Posted by Luziaceleste on 25 May, 2010

Bonnie-Jeanne did a fantastic job showing off our great city! She hit all the important sites and really showed the best sides of Pittsburgh! I'm so happy she was able to host Paulo and Ana; she did a really great job.
Posted by Athamese on 28 May, 2010

Fantastic adventure!
Posted by weluvmail on 30 May, 2010

When are they coming to Mexico?? I love the pictures thanks
Posted by lalainux on 1 Jun, 2010