Inge Löök (real name Ingeborg Lievonen) is a Finnish artist born in Helsinki in 1951. She was once a professional gardener, but today she is most famous for her Granny postcards which so many postcrossers love and collect. When she was a child, Inge lived with her family in a 7-storey building in Helsinki. In the same building lived two older women, Alli and Fifi, who later became the inspiration for the characters in her postcards. She says the women look nearly the same as their real-life models… but they have a lot more fun! Inge’s look on life is one of optimism and happiness, and it shows on the pictures she draws. The grannies are always happy and having fun, and their motto is “Time is not money and spending it isn’t a sin”.

She has drawn over 300 postcards on different topics, and has also illustrated several stamps and children’s books. Today she lives in Pernå, a village east of Helsinki. 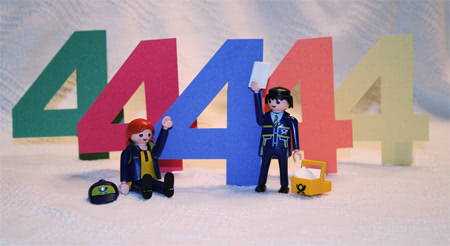 Un-be-lie-va-ble! Four million smiles spread in postcards around the world! Even our little mail carriers are thrilled!

Well done to all postcrossers, each and every one of you contributed to this milestone. You’re amazing!

So, we know you’re all itching to know more about this super postcard, so, without further ado here it goes:

The four millionth postcard received through Postcrossing traveled from JS1980 in Czech Republic to scheppie in The Netherlands. Lovely postcard, isn’t it?

Nobody guessed the correct countries this time… so only the sender and the receiver will receive a coupon for a 60 postcard pack from MOO.

Remember that until April 15th, MOO is offering all postcrossers a 15% discount on the purchase of any pack of postcards (20 or 60), with the code POSTCROSSING15. Enjoy!

Now… shall we start counting to 5 million? :)

PS – thank you Yvi-1 for the cute picture with our wandering mail carriers!

Hello there! It took us a while to recover from the fabulous time we had in Helsinki, but here we are to tell you all about it :). This big meetup was meticulously planned by Pooca, and exceptionally well executed. There were traditional Finnish games and yummy Finnish food, cute name tags, boat rides, visits to historical places, flea markets and an amusement park, lots and lots of presents and plenty of time to write and send postcards!

So, here’s what we did those 3 days, in detail:

On Friday, 28th September it was pre-meetup day. We met around 5pm near Aleksis Kivi statue, besides Helsinki’s train station. After the obligatory introductions (in attendance were a total of 48 postcrossers from Finland, Russia, Germany, Belgium, France, Italy, Netherlands and Portugal), the group went postcard shopping, guided by Pooca, who showed us the all best spots!

An hour later, we met at the square again, and then went off to a nearby park, where Pooca introduced the group to a curious traditional Finnish game called Mölkky. It goes like this: there are 12 wooden pins that people should try and knock over with another wooden pin, thrown from a distance. The pins are numbered 1–12, and the knocking over one pin gives the player the amount of points marked on the pin. If more than one pin is knocked over, the total number of pins is the score for that player’s round. After each throw, the pins are lifted up again in the exact location where they landed and the first one to reach exactly 50 points wins the game.

Mölkky was a lot of fun, with pins getting successively further apart and players looking for more creative ways to hit them :)

After the game, we sat down on the ground and wrote some postcards while eating delicious mini-stroopwaffles, brought from the Netherlands by dandilion.

On Saturday we met again at Aleksis Kivi statue. The main event of the day was a visit to Suomenlinna! Suomenlinna is a star fortress built on a group of islands just outside Helsinki. It was built to protect the country (at that time under Swedish rule) against a possible Russian invasion. About 900 people live in the islands, and the fortress is a Unesco world heritage site. The weather was quite good, so we had a nice time walking on this fortress, admiring the fortifications and their cannons and the sea that stretches all the way to Tallin. Oh, and also enjoying the lovely presents and sweets that the group of Russian postcrossers, dandilion and Lotty distributed! :)

After Suomenlinna, we had some time to relax, visit some of the city monuments and fill our bellies with the delicacies in the market.

At 4pm we got back together for some early dinner. The buffet menu was delicious and in fact, our group was so big we had to split around in the two restaurant floors! :) When everybody was happy and full, we went to a coffee shop close by to write and sign all the postcards we sent! That was serious work and everybody helped counting the postcards, and re-checking for address correctness and total of signatures!

On Sunday 30th, the last day of the meetup, we visited the Valtteri flea market – a huge indoors flea market with all sorts of things! It was very intriguing yet so much fun to explore! After Valtteri, we walked to Linnanmäki, a nearby amusement park. And it was so great! We all went at once on the Panorama Tower, from where you could see a stunning 360 degrees view of Helsinki and then some of us went on Vuoristorata, a really cool and old wooden rollercoaster! We even met 'Rolle Pelle’, the mascot of Linnanmäki who accepted to take a picture with our group!

In the afternoon, we took a break in the local post office and finally mailed a grand total of 545 postcards!!! :) I’m sure we broke some record there, and made the post office people really happy!

That’s it! I am sure you can read my excitement from the number of smilies and exclamation marks I’ve used writing this post, but seriously, it was amazing. Helsinki is a very welcoming city, and there was so much generosity and friendliness in everybody we met, that I wish many more of you could have been there! Postcrossers sure are a special bunch. :)

Thank you Pooca for organizing such a brilliant meetup, and to everybody who participated and made it so special!! :)

PS – All the linked pictures are from the several meet up galleries, and you can see more of them on the following links:

Thanks to fellow Postcrosser, Addis R. Perez (username: rainmelonpie) from Puerto Rico, who shared with us the info about Ms. Hagy’s unique set of postcards. Now many of you will know about these witty postcards and may love them, too.

Indexed postcards started as simple, weekday-morning blog entries back in 2006. On pieces of 3×5 index cards, Jessica Hagy would connect a number of words and phrases wittingly with charts and diagrams that look like those figures that you encountered in your high school geometry or algebra class.

Some of the cards comment about controversial topics such as immigration, religion, politics, and the media while most are based on real life experiences and observations of the author—all written in such a way that makes you realize how real the connections are!

Here are some of Jessica’s most famous and most controversial Indexed creations: 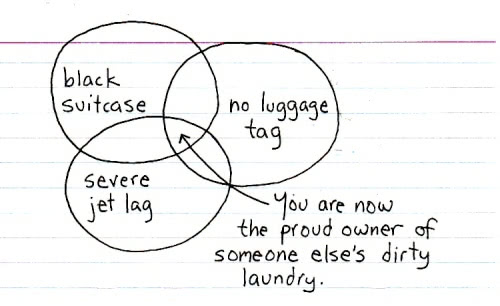 Zip it back up. There are secrets in there. 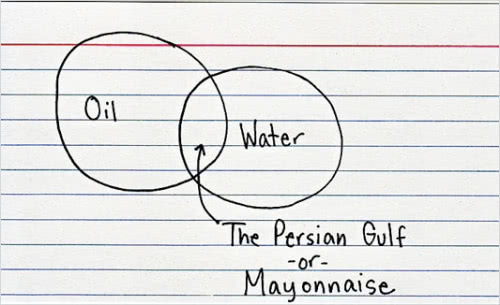 These Indexed cards and many more have been featured in various media outlets such as Time Magazine, GOOD Magazine, BBC Magazine Online, NY Times Freakonomics, PC Mag, Yahoo, and Guardian UK. You can check out more of Jessica’s work here: Indexed.

Good news for many Postcrossers who love or will love Jessica’s brilliant creations: Jessica Hagy has teamed up with Chronicle Books and published an Indexed Postcard Book. Just follow this link to check it out: Indexed Book on Amazon.com, .ca, .co.uk, or .de.

9 Nov, 2008
You know that cute postcard, the one you’ve seen in your friend’s postcards’ wall? Yes, that one! Now you can look at it as many times as you want – just add it to your favourites, using the little

icon on top of the postcard (on that postcards page, for instance, /postcards/PT-1).

You can then find your favorite postcards on your Postcards wall, by choosing the option Favourites on the dropdown menu.
Easy, isn’t it?